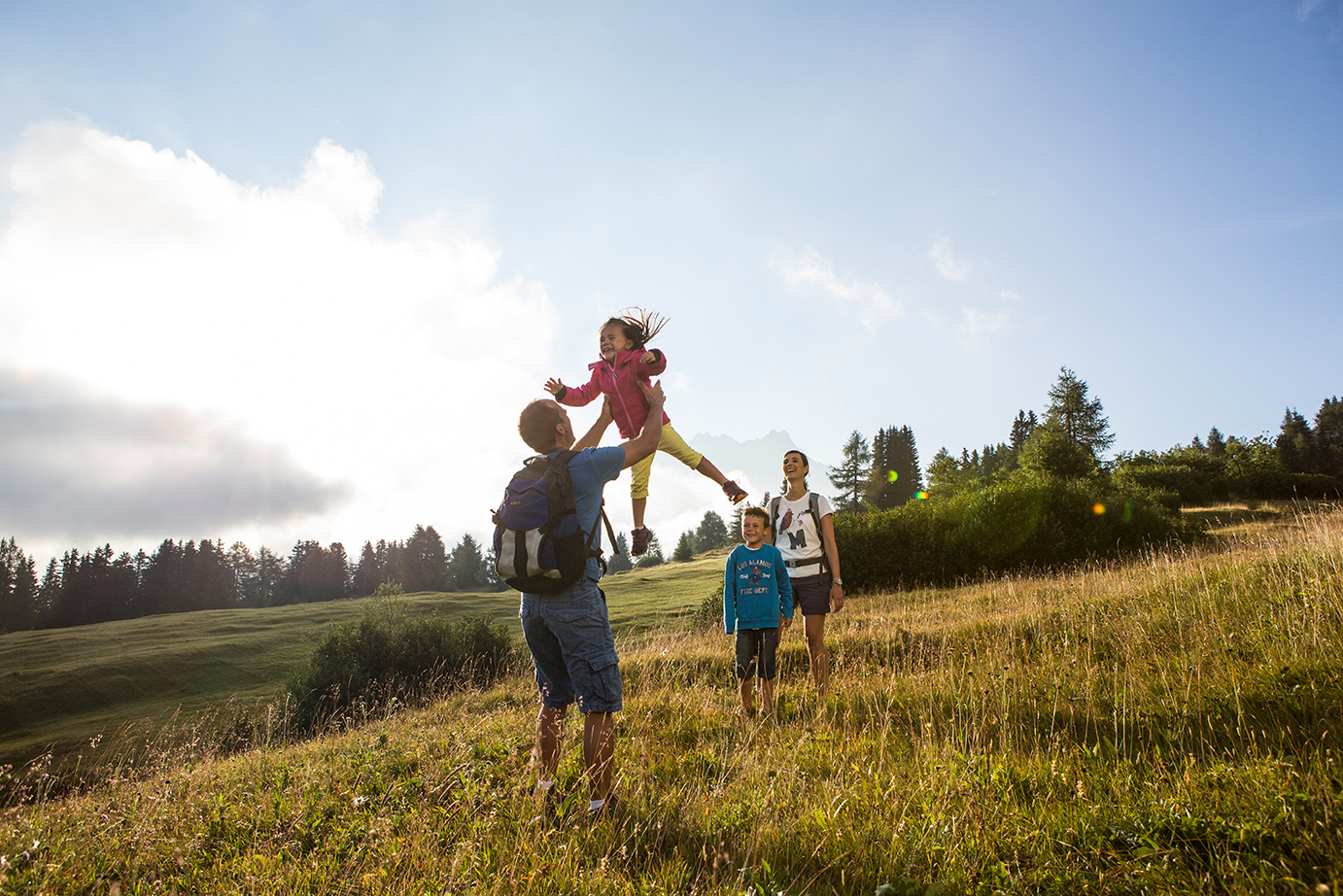 Summer in the Mountains in Nauders - Of Course!

From easy hikes in the valley or relaxing mountain tours to challenging trekking tours or extreme high-alpine paths – we have just the thing for you. For your well-deserved breaks you can find many traditional mountain huts serving food and alpine pastures. There is a trail for each and every one. The impressive landscape around Nauders and the Reschen Pass has a lot offer. Here, you can cross borders, quite literally. Find our choice of trails for your unforgettable experience in the border triangle here. 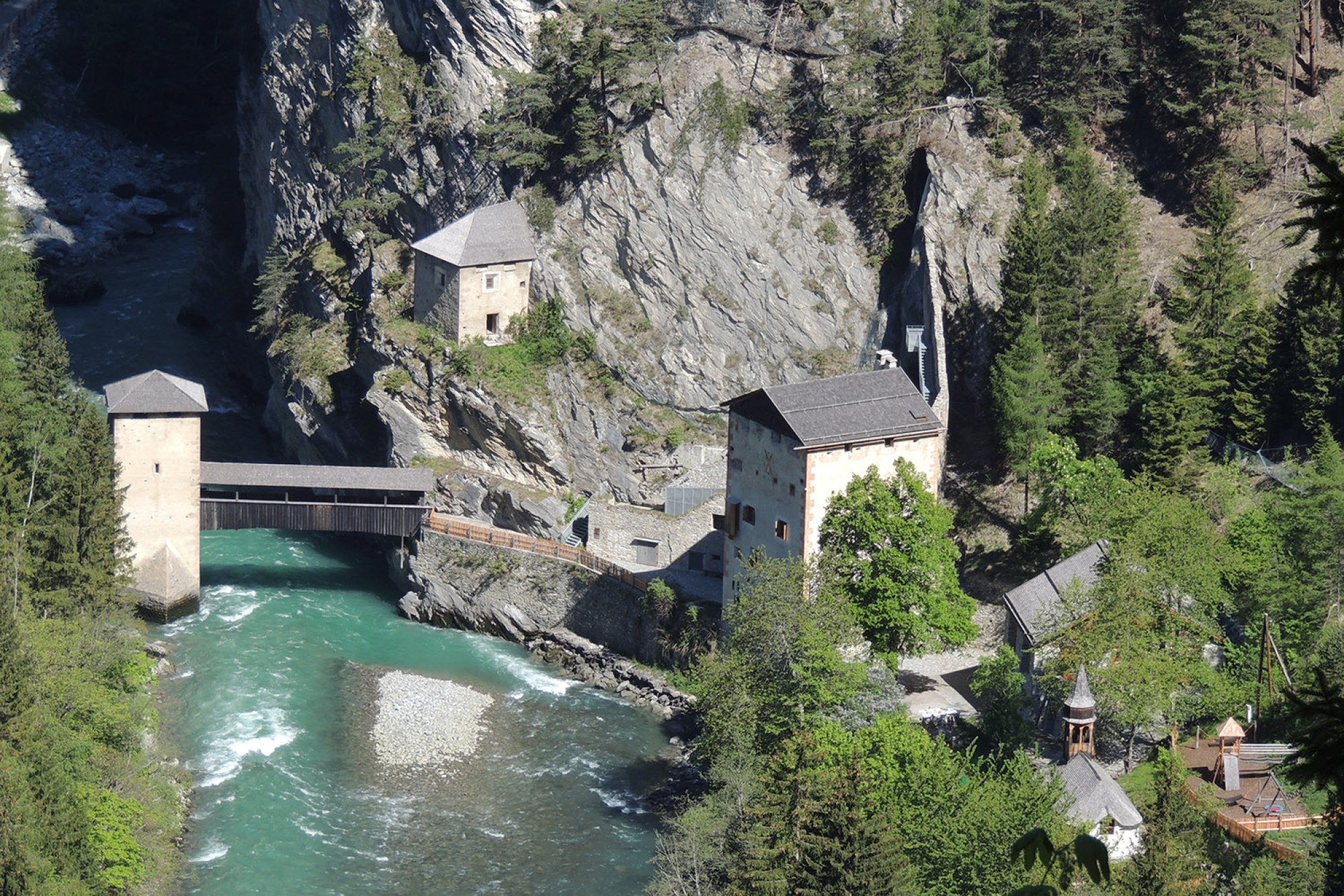 On the recently re-opened path Kaiserschützenweg you can experience nature alongside relics of a bygone era. Along the moderately difficult path, info boards provide you with some interesting facts about the region. Learn more about the mountain pass Reschen Pass that played a vital role in World War I. The accessible, well-preserved rock caverns above Nauders are an exciting place to visit. They are silent witnesses of the events that took place here about 100 years ago. Fort Nauders dates back to the Austro-Hungarian Monarchy era. It is one of the few fortifications which is still fully preserved. The Kaiserschützenweg leads up to the fort and the memorial site of the Kaiserschützen (regiments of Austro-Hungarian mountain infantry).

You can discover Kaiserschützenweg on two different circular trails:

Follow hiking trail #13 to the starting point of Kaiserschützenweg. The trail leads you through the forest up to “Sellesköpfe”. Besides forfeited military posts and accessible rock caverns, you will also discover various lookouts points with a view of the mountains Altfinstermünz, Bergkastel or Hoher Turm. From Zettler Alm, follow trail #2 towards Schöpfwarte and then walk over Norbertshöhe back to the village.

Start in the center of Nauders and take trail #1, towards Norbertshöhe. Continue on trail #2 to Zettler Alm, which was built during World War II. This trail is the circular hike in the opposite direction. See old fortifications, forfeited military posts and well-preserved rock caverns on your way to Altfinstermünzblick. Trail #2 leads you back to the village.

This trail is named after the most beautiful flower of the Alps. It leads over wide mountain pastures full of edelweiss, probably the most famous flower of our region. Experienced hikers can access the edelweiss pastures in Parditsch, heading towards Bazahler Kopf, or in Labaun, heading towards Fluchtwand. The trail with black markings requires solid shoes and suitable equipment. However, do not pick the wonderful flowers, they are protected by law!

In addition, this hiking trail does not only offer plenty of edelweiss but also a stunning panorama from the valley Engadin in Switzerland over our own region to the Vinschgau valley and the incredible mountain Ortler (3,905 m). Culinary delights and hiking tours – a perfect match. Along the Edelweißsteig there are many places to enjoy traditional food. The Jausenstation Parditschhof and the Labaunalm are two cozy places to rest and to recharge your energy with a hearty meal. 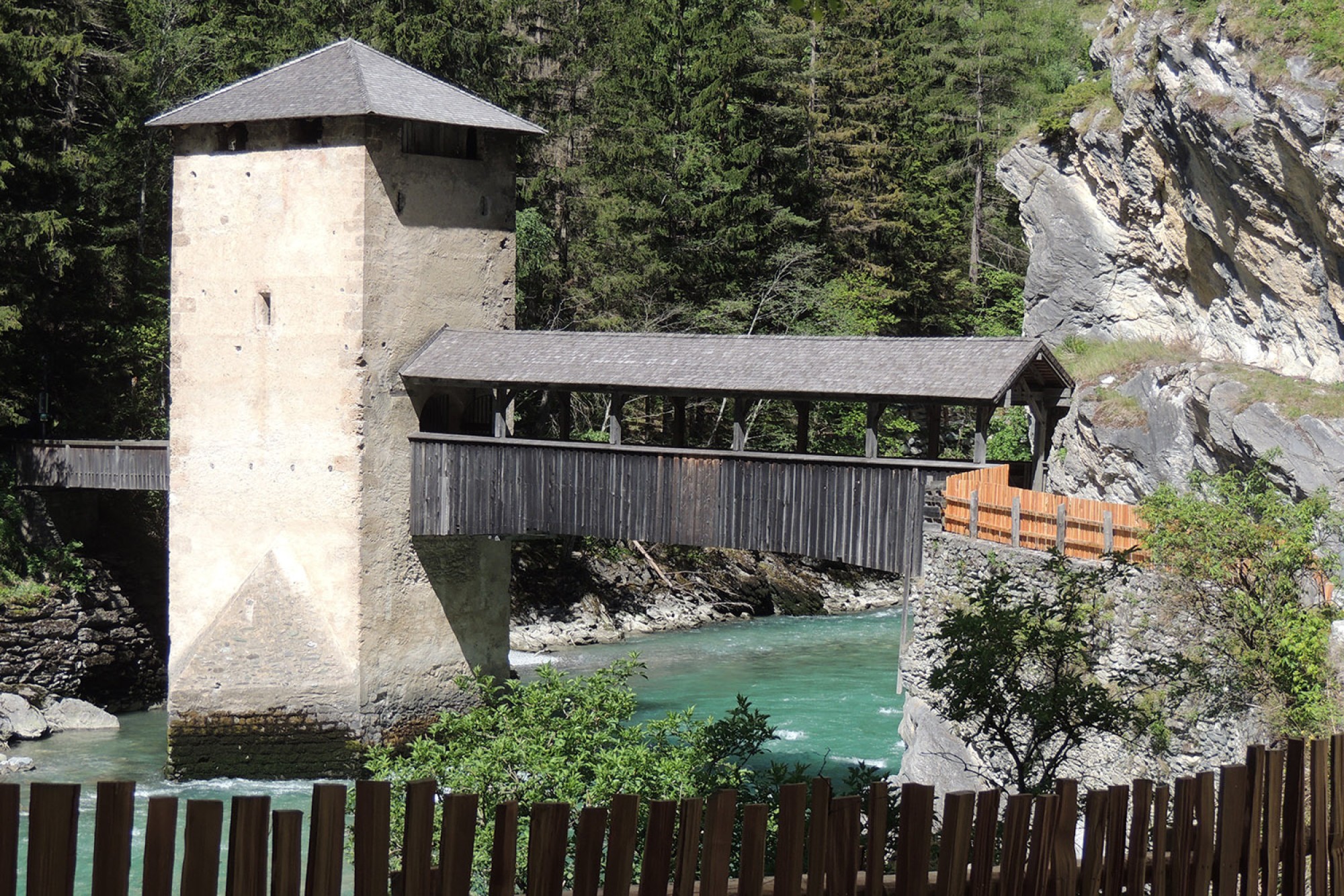 Altfinstermünz – from Pfunds to Nauders
Altfinstermünz, the border between Tyrol and Grisons, is accessible via various trails. One trail goes from the Unterengadin to Oberes Gericht, another trail was used already during the Roman era: Via Claudia Augusta.

The hiking trail along Via Claudia Augusta starts in Pfunds, a village neighbouring Nauders. Passing by Minifundus (a museum containing miniature replicas of traditional houses from Pfunds) the hiking trail is fairly flat and runs along the river Inn and the forest to Altfinstermünz. On this trail, you pass derelict houses in Schalkl, a district of Pfunds. Right after Schalkl you cross the old, famous bridge of fort Altfinstermünz. From there, you hike up to Nauders and Hochfinstermünz.

Some Historical Facts:
Initially, from 9th to 11th century, Altfinstermünz was the court of jurisdiction for the regions Unterengadin, Nauders and Pfunds. The word Finstermünz has its origins in the indo-germanic word “mintsja”, which means “dangerously dominant rock”. From the 13th century on, Altfinstermünz charged toll and customs. The chapel “Mariä Himmelfahrt” (Assumption of Mary), on the right side of the fort, was built in 1605.

At the end of the 17th century, the customs office was transferred to Martinsbruck in Pfunds and Altfinstermünz became a restaurant and a brewery. In 1799 it was the site of heavy battles during the Coalition Wars. From 1856 onwards, Finstermünz lost its importance due to the completion of the new road from Kajetansbrücke to Nauders. Altfinstermünz became a mere agricultural farm.

The region Oberinntal has a low amount of precipitation which results in an almost Mediterranean-like climate. One of the highlights is the road Reschenstraße, built into the rock walls with bridges and tunnels. Fort Altfinstermünz has always been a strategically important place for the entire region due to its special location perching impressively over the valley Inntal. Both fort Altfinstermünz and Nauders, as well as the castle Naudersberg, are located along the historically important route “Via Claudia Augusta”. As you can see, there is a lot of history to discover in our region. 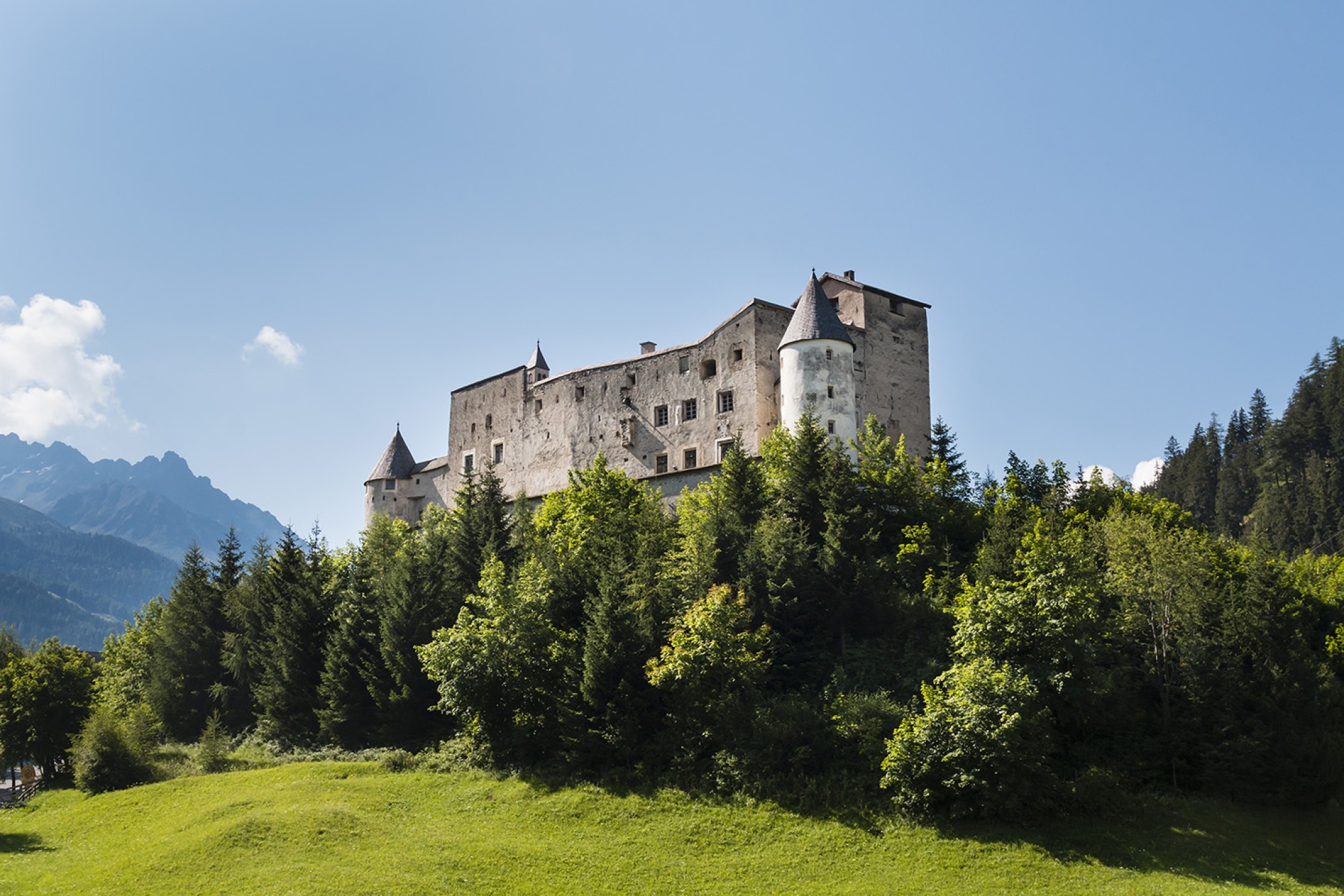